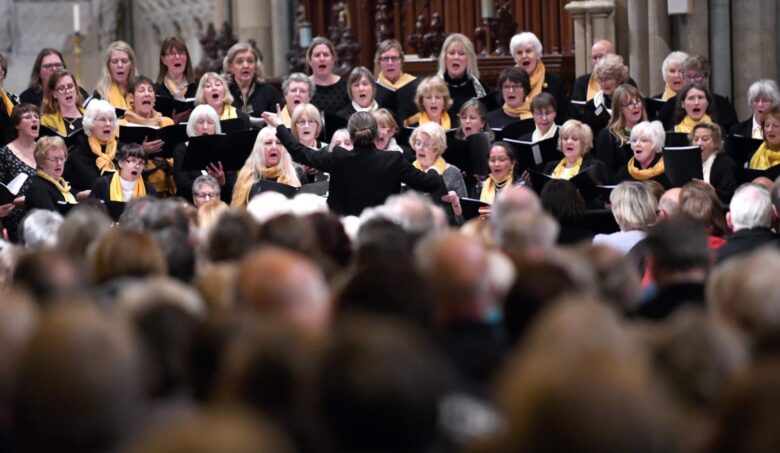 Diaspora Carols was devised as a project that brought together singers of all ages and abilities in Cornwall to arrange, rehearse and perform a selection of carols that left the area during the Cornish migration to California and Australia during the mid-1800s.

These songs were performed in a special service at Truro Cathedral on 20th December 2018.

Singers were recruited from communities across Cornwall, often by word of mouth. Over 10% of those taking part had never sung in a group before.

The choir leaders had a huge task to learn these songs themselves before teaching them to others. There were no recordings to work with, only photocopies taken from very old hymn books. Through this project these songs have been recorded and preserved in audio for the future. The three large choirs had limited rehearsal time, but despite this pressure, they rose to the challenge and with the Musical Directors, delivered an evening of powerful performances. The co-ordination of 248 singers was a feat of great skill.

Through the Diaspora Carols project, songs that have survived the last 170 years in the Cornish colonies of the New World were brought home and revitalised. New pieces inspired by the original Cornish songs were commissioned from local artists, and were read out as part of the service.

“To be one voice in the hundred voices that we heard that night made me feel very proud to be part of a community that has spanned the world and The centuries. And how lucky to be asked to read in Truro Cathedral….at Christmas time!”