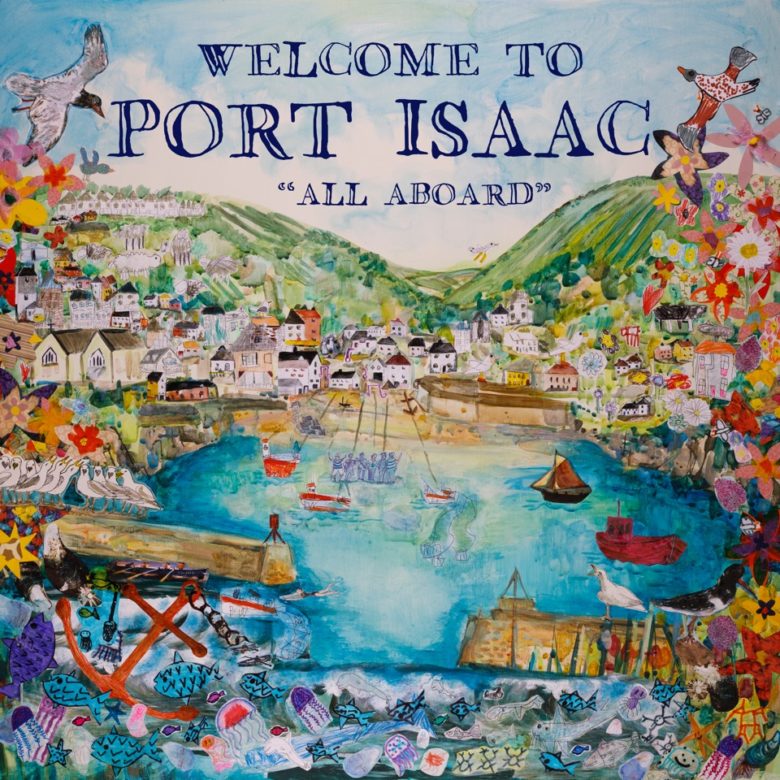 The intention is to re-create a large community banner which incorporates art work from as many members of the community as possible from young to old. It will be designed along the lines of the old temperance banners which were found under the floor of the hall a few years ago and will be paraded down to the Platt to mark the start of the first Shanty Festival on 8-9th September.

There is a lovely old photograph of the banners taken in Fore street which shows the community in the early 1900s and is now part of the village’s heritage and archived in the historical society .This project aims to recreate the photograph in the same location with a new banner and put this image alongside the other one to show that certain things in the village don’t change and that Port Isaac still has a strong vibrant community.